NORWEGIAN infrastructure manager Jernbaneverket says it is ready to launch pilot operation of ERTMS in the southeast of the country in the next stage of preparations for the national rollout of the system. 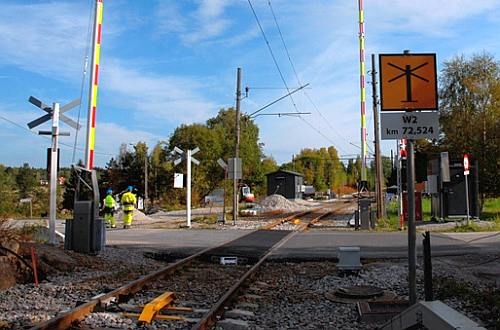 Trials will begin in November on the Mysen – Sarpsborg section of the 80km Ski – Sarpsborg Eastern Østfold Line, using a Norwegian State Railways (NSB) class 69 emu and a Jernbaneverket Robel track maintenance vehicle, which have been fitted with ETCS onboard equipment for the pilot. Tests will initially begin with one train in operation and the speed will gradually be increased before the second train is introduced a few weeks later.

Lineside signalling has been removed for the project, and the line has been equipped with Bombardier's Interflo 450 ETCS Level 2 solution under a contract signed in November 2011.

Funding for the first phase of the national rollout is included in the country's 2014-2023 national transport strategy, which was published earlier this year. By 2019, a quarter of all signalling will be life-expired and the ATC system, which is used across Norway, is reaching the end of its useful life. The rollout of GSM-R across the national network has already been completed.

The Eastern Østfold Line will be closed for eleven weeks next August, when the remainder of the seven-station line will be converted to ERTMS. The largely-single-track line is currently equipped with relay-based interlockings with no ATP system and track circuits at stations with no train detection between stations. The total budget for the ERTMS rollout on the Østfold Line is around NKr 600m ($US 101m).

Jernbaneverket says it has been working on the project for the last five years with the support of engineers from Swedish infrastructure manager Trafikverket.