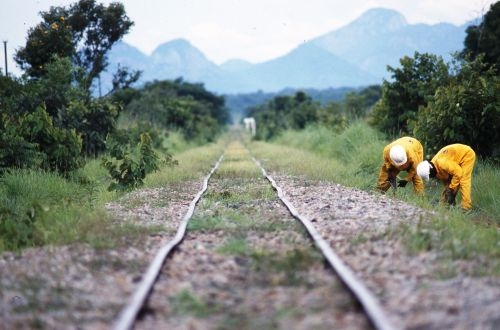 Siemens will supply its Train Sentinel Positive Train Control (PTC) system for the line, the first PTC application in Africa, as well as train monitoring, Westrace interlockings, and a telecommunications network based on a microwave network with Tetra system for track-to-train data transmission. The contract, which is worth around €70m, also includes equipping the operations control centre in Nacala and maintaining and servicing signalling equipment for one year. Commissioning is scheduled for 2015.

The line will run from the coal-rich Moatize region of Mozambique via Malawi to a new port at Nacala-a-Velha and two new sections of railway are being built; a new 210km line in Malawi and a short section from Mossuril to Ponta Mamuaxi close to Nacala. Under the terms of the concession agreed with the Mozambique government in July 2012, Clin will provide $US 1.5bn towards the cost of the new and rehabilitated sections of the 1067mm-gauge line.

Work on the corridor is set to be completed in 2015 at which point it will have capacity to carry 40 million tonnes of coal per year, 30 million of which will be available to Vale, and 10 million tonnes for other mining operators or to allow passenger services.

For more on Mozambique's railway plans see the October 2012 issue of IRJ p35, or click here.