ANSALDO STS Australia has won two contracts worth a total of $A 362m ($US 371m) to supply signalling systems for Rio Tinto's heavy-haul iron-ore operations in Australia. 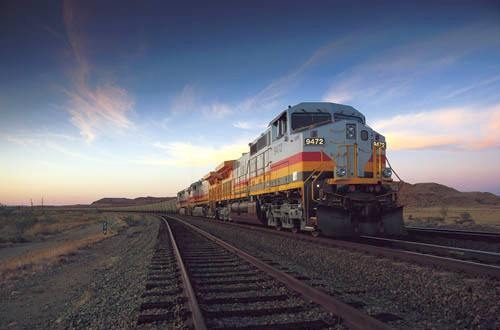 The first contract, worth $A 317.5m, is for the development and delivery of an automated train management system for Rio Tinto's 1500km iron-ore network in the Pilbara region of Western Australia which is due to be completed in 2015. The contract is awarded under the 2010 Rio Tinto Iron Ore - Ansaldo STS Framework Agreement (Rafa) and includes the introduction of a centralised vital safety server for the safe and flexible management of train movements and an on-board driving module. The system will reuse wayside infrastructure and installation must not disrupt train operations.

The second contract is also awarded under Rafa and is for the next stage of scheduled upgrades to increase capacity and improve efficiency on the Pilbara network. The $A 44.7m contract encompasses improvements to locomotive control systems allowing the introduction of electronic-controlled pneumatic (ECP) braking. Once completed, Ansaldo STS will install and carry out system integration of the ECP brakes on Rio Tinto's entire heavy-haul fleet.