NEW YORK Metropolitan Transportation Authority (MTA) has given preliminary approval for two contracts totalling $US 205.8m for the first phase of the Queens Boulevard Line (QBL) CBTC rollout.
The Siemens contract is worth $US 156.2m, while the total value of the Thales contract is $US 49.6m. 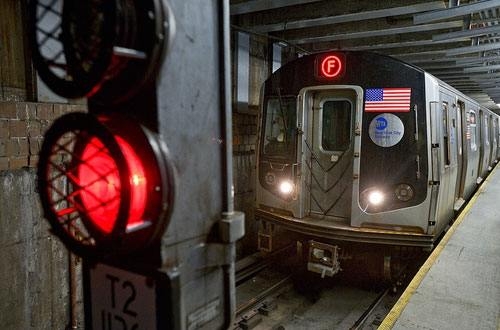 QBL West Phase 1 is the first CBTC project on the New York subway network to serve more than one line, enompassing four lines with multiple train overlays. CBTC will be installed on local and express tracks serving lines E, F, M and R from north of the Kew Gardens/Union Turnpike E and F station to north of 47-50th Streets/Rockefeller Center station on lines F and M and south of 50th Street C and E station. It is the first phase in a project that will ultimately update the signalling system for the entire Queens Boulevard Line.

Design work on QBL West Phase 1 is due to begin before the end of this year, with major installation work scheduled to start in mid-2017.

In addition to the contracts with Siemens and Thales, MTA has also approved a separate $US 1.2m contract for Mitsubishi Electric Power Products to develop and test CBTC software and systems with the goal of qualifying an additional supplier for future CBTC projects.

"The communications-based train control signalling system is a vital part of our plan to address issues of overcrowding, record ridership and service delays," said MTA chairman and CEO Mr Thomas Prendergast. "CBTC represents the MTA's efforts to bring advanced technology to a century-old subway system that, in some parts, has not been updated in decades."