Siemens and Thales to supply signalling for Grand Paris Express

SOCIÉTÉ du Grand Paris (SGP), which is implementing the Grand Paris Express metro project, has awarded a consortium of Siemens Mobility and Thales a contract to deliver Communications-Based Train Control (CBTC), as well as the operating control centres for the future lines 15, 16 and 17, which will be completed by 2030. 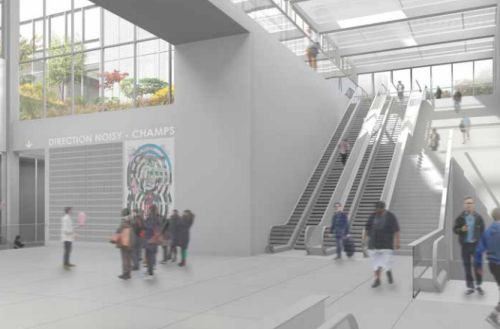 Siemens will design and implement the CBTC technology, and be responsible for system integration, while Thales will design and implement the operating control centres, which will control the centralised supervision of train movement, energy systems, auxiliary equipment and digital information systems, as well as installing the trackside equipment and a secure communication network.

Thales and two SMEs have also been awarded a contract to install onboard systems on 159 trains, including onboard CCTV cameras, passenger information systems, intercom systems, public address systems and automatic train counters.

The project involves the construction of four driverless metro lines around Paris (lines 15, 16, 17 and 18) as well as an extension and upgrade of Line 14 to the north and south of Paris to Orly airport, connecting with the existing metro network.

Twelve construction and commissioning phases are planned throughout the contract, with the first due to be completed in 2024, and the others by 2030.