PARIS Transport Authority (RATP) has awarded Siemens a €67m contract to supply automation and operational control systems for the conversion of metro Line 4 to driverless operation, which will enable the operation of 85-second headways on the city's second-busiest metro line. 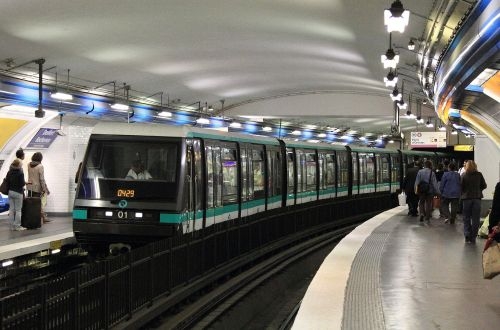 Line 4 runs for 12.1km from Porte de Clignancourt to Mairie de Montrouge and around 740,000 passengers pass through its 27 stations each day, second only to Line 1, which has already been converted to driverless operation.

Siemens will supply its Trainguard MT CBTC technology for the project together with a centralised traffic control centre, which will control train movements along the entire length of the line.

The contract includes onboard systems for 52 trains, including the six-car MP 89 trains currently in use on Line 14, which RATP will transfer to Line 4 following the delivery of new eight-car MP 14 trains from Alstom.

Patronage has increased on the line following the opening of the 1.5km southern extension from Porte de Orléans to Mairie de Montrouge in March 2013, and a further 1.7km extension to Bagneux is due to open by the end of 2019. Full conversion to driverless operation is due to be completed by 2022.

Ile-de-France Transport Authority Stif is contributing €100m towards the €256m project, with the remaining funds coming from RATP's budget.

Line 4 will be the third driverless metro line in Paris after Line 1 and Line 14, both of which are equipped with Siemens automation.