THE metre-gauge Matterhorn Gotthard Railway (MGB) has awarded Siemens a contract to renew signalling and train control equipment as part of an upgrading programme on its 154km network in southern Switzerland. 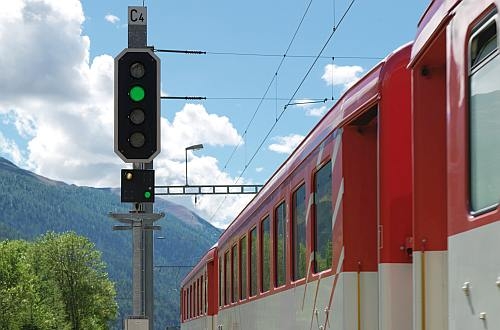 The project involves the installation of nine Simis IS electronic interlockings, eight LCM 200 level crossings, and the Ilitis integrated operational control system covering the section between Münster and Mörel, east of Brig, and on the Oberalp Pass between Andermatt and Disentis. Commissioning is scheduled for autumn 2014.

MGB is currently phasing out its life-expired Asega interlockings and replacing the Command 900 operational control system with Iltis. The latest contract will provide continuous Iltis control between Brig and Ulrichen. The Visp – Täsch section was the first section to switch to Iltis in 2006, and the system has been progressively rolled out across other parts of the network.