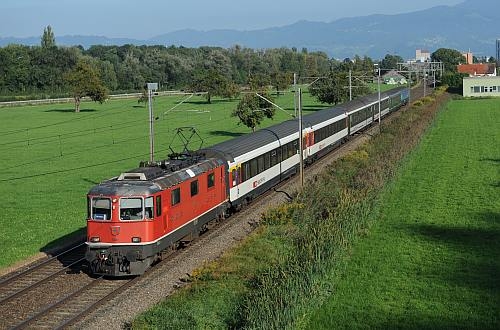 The Swiss Federal Transport Office (BAV), in cooperation with SBB Infrastructure, recently launched a nationwide ETCS roll out plan, which aims to adopt ETCS across the country's entire standard-gauge network by 2025 at the latest.

Siemens beat off competition from Bombardier and Alstom to secure the contract, which is the second of three for the railway's rolling stock to be let with installations due to be completed by 2015. The previous contract for 480 vehicles was issued in 2003 with Alstom securing the contract for onboard equipment installation, while Siemens carried out associated infrastructure work.

A third tender to equip another batch of the railway's 1700 rail vehicles with onboard ETCS will be issued in 2018, while manufacturers of new rolling stock for Switzerland will be obliged to install onboard ETCS equipment from July 1 2014.