PARIS Transport Authority (RATP) has awarded a contract to Siemens to equip Line 14, which is being extended under the Grand Paris project, with a new communications-based train control system (CBTC). 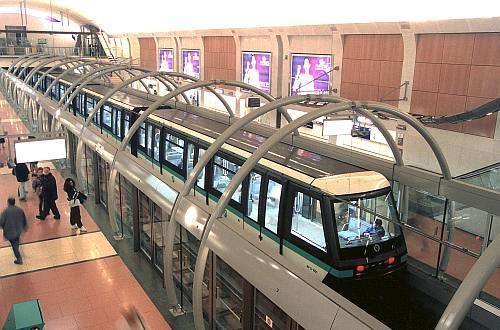 Line 14 was the first driverless metro line in Paris when it opened in 1998.

Line 14, which currently links Olympiades with Saint-Lazare and is now being extended north to Marie de Saint-Ouen, was the first driverless metro line in Paris when it opened in 1998.

Under the contract, Siemens will replace the existing CBTC system with its Trainguard MT CBTC system on the existing line and 35 trains currently operating on the line. The system will conform to Grade of Automation 4 (GoA4) with 84-second headways and is planned to be operational by 2024.

Siemens will also install CBTC on new sections of Line 14, which will be extended north to St Denis Pleyel and south to Orly Airport to reach 28km with 21 stations by 2024, as well as the entire fleet which will be expanded to 72 eight-car trains. The capacity of Line 14 will increase from 30,000 passengers/h/direction today to 40,000 by 2024.

The contract also includes an operations control centre and implementation of a shared backup operating centre, together with training for operators. Siemens has an option to maintain the system during its lifetime.