The Belgian national operator began carrying out the upgrades in 2016. 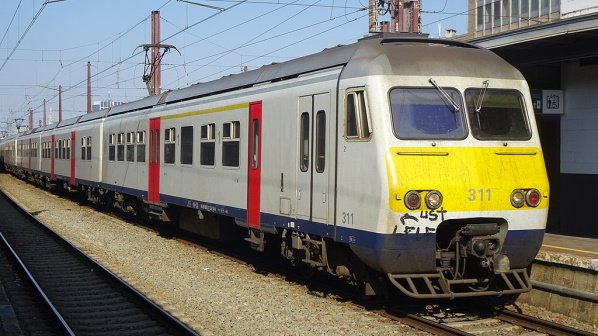 BELGIAN National Railways (SNCB) has completed the installation of ETCS equipment on a fleet of 106 AM80 three-car EMUs, a process which began in March 2016.

The retrofitted trains, which originally entered service between 1980 and 1983, are equipped with both ETCS Level 2, Baseline 3 and the TBL1+ national train protection system.

The trains are operating services on the Belgian network and will also be used in future to operate cross-border services to Maastricht, Netherlands, following the approval of the upgraded vehicles by Dutch rail authorities.

The upgrades cost approximately €21.5m and were supported through a €10.8m grant awarded by the European Union (EU) in 2015 through its Connecting Europe Facility (CEF).

SNCB say that following the upgrades, 62.8% of its fleet is now equipped with operational ETCS systems.

The upgrades are part of SNCB and Infrabel’s ETCS Masterplan, which aims to equip ETCS on all major Belgian routes by the end of 2022.

The programme also includes the €10.5m retrofit of 42 class HLE 13 locomotives with ETCS Level 1 and Level 2 Baseline 3, for use on both the national network and for cross-border services to France and Luxembourg, which is supported by a CEF grant worth €5.3m awarded in 2016.

SNCB was also awarded a €2.4m CEF grant to support a pilot project to upgrade ETCS systems to Level 2 Baseline 3 on four locomotives in November 2020.