BELGIAN National Railways (SNCB) says it has completed a programme to equip all locomotives, multiple units, and driving trailers with the Transmission Balise Locomotive Driving aid system (TBL1+), which is being rolled out across the Belgian network following the collision at Buizingen in February 2010, which killed 18 people. 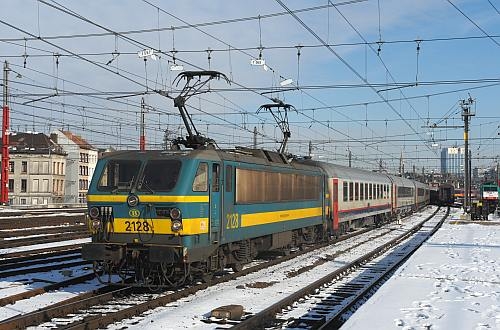 TBL1+ activates an automatic brake application if a signal is passed at danger, or the train speed exceeds 40km/h within 300m of a danger signal.

Onboard equipment has been supplied by Alstom under two separate contracts worth a total of €27m, while lineside equipment is being supplied by Siemens.

The system is already in use at all major junctions and covers more than 90% of the network. It has already contributed to a significant decline in the number of signals passed at danger, which fell from 104 incidents in 2010 to 91 in 2011 to 75 in 2012.

By the end of last year infrastructure manager Infrabel had fitted 3805 signals with TBL1+, and all remaining signals are due to be equipped by the end of 2015.

Infrabel says TBL1+ is the first step towards the national rollout of ETCS, which is due to be completed in 2022.