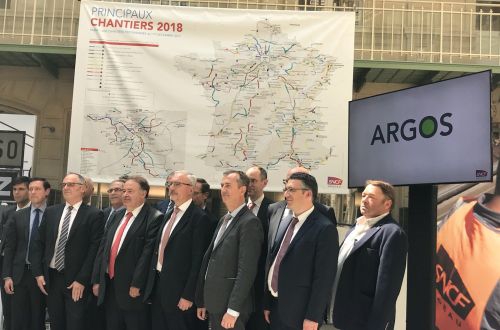 The project represents more than €1bn over 15 years for the companies involved in the Argos partnership.

The partners are working with SNCF engineers in Paris in four teams to develop technical proposals which will be examined by SNCF early next year. The selected teams will then be expected to produce “mock-ups” to demonstrate the technical and economic viability of their plans in spring 2019, before SNCF choses a final design in early 2020 with the first new-generation interlockings due for commissioning in 2023.

SNCF says it is raising the technical and economic standards for the new generation interlocks, and has set three major objectives: a 15% reduction in its budget for procurement, maintenance and future modernisation; reducing the cost, staffing and lead times for commissioning the new interlockings to limit the impact on traffic; and improving the overall performance of the new equipment with better cybersecurity, maintenance and operation.

SNCF Network is looking to modernise its signalling equipment and is currently installing an average of 15 new computer controlled interlockings a year to replace older electromechanical, electrical and purely mechanical interlockings, for which the company says it is earmarking €300m a year.