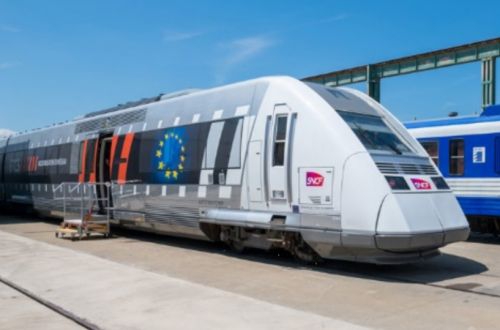 The “rolling laboratory” was converted from an Alstom X72500 DMU at the Nevers facility in an €11m project which involved 70,000 hours of work.

The train will be used to carry out ETCS validation tests across the entire French main line network and is equipped with TVM 430 to enable operation on high-speed lines.

The train is also equipped with 37 underfloor sensors and radars, 23 roof-mounted antennae, and five bogie-mounted sensors.

ETCS Level 2 will be rolled out in stages on the Longuyon - Basle section of the North Sea -Mediterranean Corridor between 2020 and 2022 as well as the Paris - Lyon high-speed line and the Marseilles - Ventimiglia line by 2025.