STADLER is entering the signalling business through a joint venture with Mermec, Italy, with the Swiss company saying it is already running field tests and has started the approval process in Switzerland. 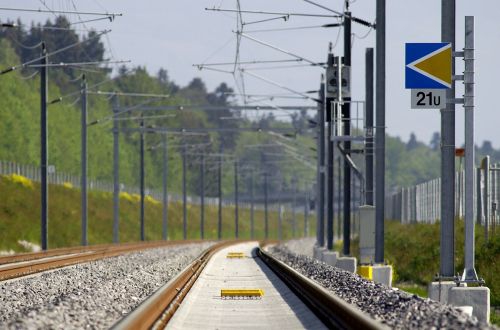 Stadler and Mermex are developing the “Guardia” ETCS onboard system.

Stadler says the move was in response to the upcoming merger between Siemens and Alstom, which will give the new company a very high share of the signalling market.

“This will force Stadler to purchase important train components from competitors during invitations to tender,” the Swiss company says in a statement. “To free itself from this dependence, Stadler has decided to develop its own solutions in the field of signalling and automated rail operation.”

The joint venture between Mermec and Stadler is called AngelStar, which is described on its website as an “international engineering company specialised in the design, development and supply of ERTMS onboard signalling and control solutions for the world’s railways”.

“The cooperation between the two joint-venture partners is opening up new market opportunities and local knowledge while offering to AngelStar’s customers world-leading technologies and proven experience in delivering large-scale projects,” AngelStar says.

The joint venture will only focus on onboard units and AngelStar says it has already installed more than 1000 on-board systems, implemented six signalling schemes and has more than 20 international clients.

Stadler says complexity associated with the high level of standardisation required by ETCS makes it very difficult for new players to enter the market which was why it had partnered with Mermec to develop the “Guardia” ETCS onboard system.

“This completely new system is currently undergoing field tests and has started the approval process in Switzerland,” Stadler says. “It will be introduced simultaneously in several European countries. Guardia is currently being used in five projects in order to obtain approval and authorisation in multiple European markets as soon as possible.”