SWITZERLAND’s Southeastern Railway (SOB) announced on December 17 that a panel of judges has selected a winning concept for an Automatic Train Operation (ATO) pilot, which SOB is implementing as part of the Swiss Smartrail 4.0 programme. 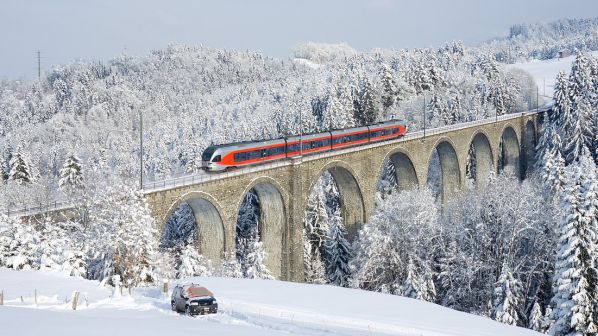 Following a competitive tender, the judges selected an ATO concept from Rail Systems Engineering as the winning proposal, with Stadler Bussnang in second place and Bombardier in third. Two of the proposals have been recommended for further evaluation.

SOB will work with the partners recommended by the judges to develop and test ATO at Grade of Automation 2 (GoA2) over ETCS Level 1 Limited Supervision on the railway’s existing infrastructure.

SOB says test runs without passengers will take place in the Toggenburg region between December 2019 and December 2020, initially at night. In the second phase, the pilot train will be used in commercial service on the 16.6km Wädenswil - Einsiedeln line.

The Smartrail 4.0 programme aims to increase capacity on the Swiss rail network by 15-30% while reducing operating costs and enhancing safety. In addition to SOB, the programme is being supported by Swiss Federal Railways (SBB), BLS, Rhaetian Railway (RhB), and the Association of Public Transport (VöV).