Bidder has appealed against ranking of technical proposals. 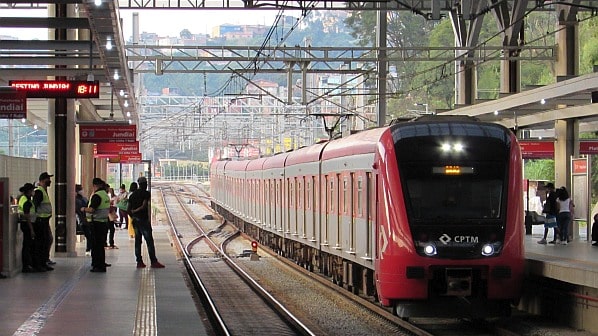 BRAZILIAN commuter operator São Paulo Metropolitan Trains Company (CPTM) has suspended tendering for a contract to provide specialised engineering services for project supervision, supply and installation of CBTC signalling and telecommunications systems on lines 10 and 11 of its network.

Bidding was suspended following an appeal against CPTM’s assessment and ranking of the technical proposals submitted by the prequalified bidders.

CPTM had placed Pólux Engenharia in first place with a score of 99.25, followed by a consortium of TÜV Rheinland Ductor, Future Motion Brasil and Benvenuto Engenharia which achieved a score of 94.75.

In third place with a score of 94.28 was SMZ Consultoria em Automação e Controle. Fourth and last place was taken by the TC consortium of Tekhnites Consultores Associados and Copem Engenharia, which was awarded a score of 90.15.

Commercial proposals from the bidders were due to opened on October 7 but this has now been suspended pending the outcome of the appeal.

The installation of CBTC would boost capacity on lines 10 and 11 of the CPTM network by reducing headways. CPTM was expecting to introduce the new signalling system during 2024.