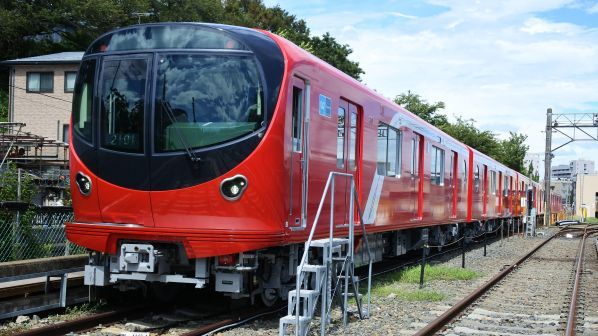 A Series 2 train on the Tokyo Metro Maranouchi Line, where testing of CBTC has begun.
Photo Credit: Tokyo Metro

TOKYO Metro and the East Japan Railway (JR East) have both been developing wireless train control systems to improve flexibility on their networks which, they say, are feeling the effects of work style changes and a declining and ageing population.

The two organisations signed a memorandum of understanding in June 2020 to modernise train control systems on the Japanese capital’s metro and suburban rail networks. They will now accelerate the introduction of new systems by examining the standard specifications of wireless train control with the aim of reducing development costs. The companies aim to expand collaboration between railway operators to create even greater synergies.

In 2018 a communications-based train control (CBTC) system was installed on a section of Tokyo Metro’s Marunouchi Line from Hakanosakaue to Honancho. To evaluate the safety of CBTC and reduce the headways between trains, test runs were conducted using temporary facilities.

Testing after the end of daily passenger operation began in November on the Marunouchi Line between Yotsuya and Ogikubo.

JR East introduced its Atacs radio-controlled train control system on the Senseki Line from Aobadori to Higashi-Shiogama in 2011, and on the Saikyo Line from Ikebukuro to Omiya in 2017.

In 2020 JR East introduced a wireless control system based on advanced technologies such as ICT on the Koumi Line from Kobuchizawa to Komoro. With this new system, the train creates a speed check pattern by transmitting the signal conditions wirelessly. The train constantly checks its own speed, and if it exceeds the speed limit on a particular section of track, the train brakes automatically.

JR East is considering introducing Atacs on the Yamanote Line and the Keihin-Tohoku Line from Higashi-Kanagawa to Omiya.