COMMUTER rail operators in the United States are making good progress towards the December 2018 congressional deadline for the rollout of Positive Train Control, according to a report published by the American Public Transportation Association (Apta) on February 21. 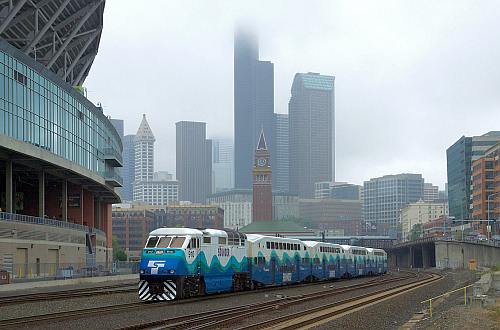 By December 2016 23% of the 5000 route-km of commuter rail lines earmarked for PTC coverage were operating either in full service or demonstration mode, while 30% of the 3400 locomotives and driving trailers had been equipped with PTC hardware. In addition, 70% of spectrum had been acquired, 50% of the 1000 radio towers had been erected and 19% of commuter rail operators were 100%-equipped.

“PTC was not a mature technology when Congress mandated it in the Rail Safety Improvement Act of 2008,” says Apta’s acting president and CEO Mr Richard White. “Beyond the technological challenges that have to be addressed, there are significant issues in regard to the costs, scarce qualified resources, and adequate access to track and locomotives for installation and testing.”

Apta’s analysis of the PTC rollout was based on a survey of its members and assessing quarterly reports submitted to the Federal Railroad Administration (FRA) for the fourth quarter of 2016. This also revealed that with priority being given to PTC, commuter rail operators are still facing a significant investment backlog for state of good repair (SOGR) and upgrading projects. The Federal Transit Administration estimates the overall SOGR backlog for public transport in the United States has now reached $US 90bn.

According to Apta commuter rail operators will invest more than $US 3.5bn in PTC, including more than $US 16m in spectrum acquisition and $US 100m in maintenance costs.