JR EAST has begun deployment of wirelessly-controlled level crossings on the Senseki Line in Japan's northern Miyagi prefecture using its Advanced Train Administration and Communication System (Atacs), which offers a similar level of functionality to ETCS Level 3 and CBTC. 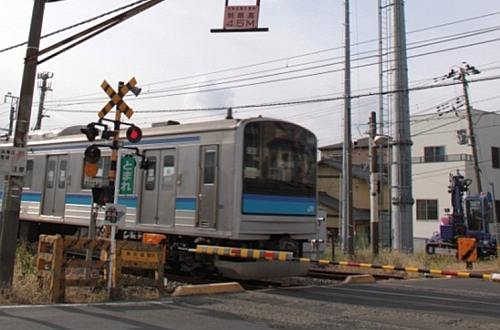 The Atacs onboard unit continually calculates the train's arrival time at the level crossing based on its own speed and performance. As it approaches the crossing, the train transmits a command signal to a radio base station, which in turn activates the level crossing barriers. When the onboard unit recognises that the train has cleared the crossing it sends a second command to the base station to raise the barriers.

Atacs was initially introduced on the 17.2km Aobadori – Higashi-Shiogama section of the Senseki Line in October 2011, and the level crossing function was added last month, initially at two locations, although the system will be extended to the 12 remaining crossings on this stretch of the route by the middle of the year.