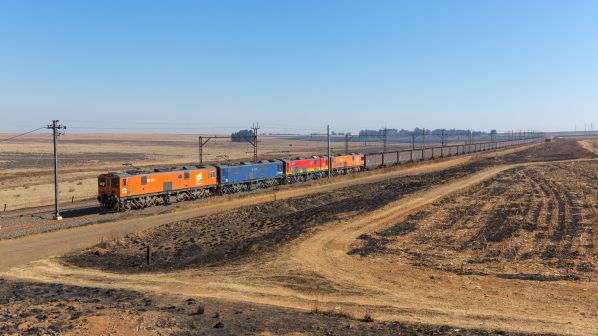 Longer, faster, heavier is the mantra that many in the heavy haul railway sector live by. Technological advancements have been critical to steady improvements in performance and safety over the past 60 years. Kevin Smith charts these and considers the challenges facing heavy haul as it embraces digitalisation. 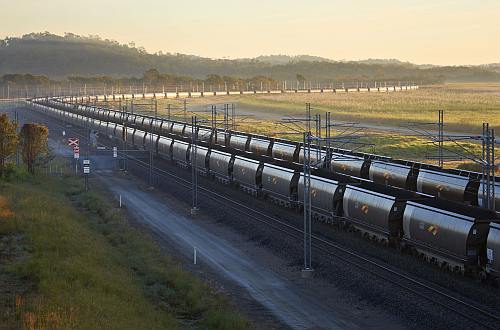 COAL services operated by Australian rail freight operator Aurizon have suffered severe disruption following heavy rain and flooding caused by Cyclone Debbie which made landfall on the Queensland coast during the last week of March.

Despite considerable investment to upgrade its Richards Bay coal line, Transnet is under continuing pressure from both mining companies and the port terminal to boost capacity even further, reports Paul Ash. 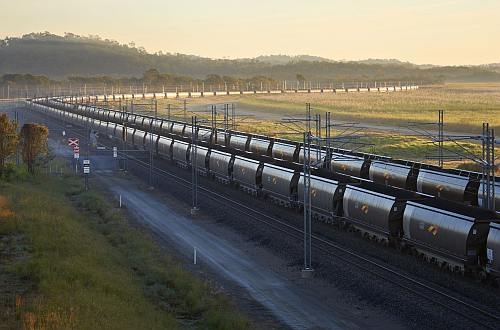 The Galilee Basin is one of the Queensland's last remaining undeveloped coal resources and has the potential to become the largest coal producing region in the state. But as Mark Carter discovers, competing and conflicting proposals to build new lines to move the coal to port have forced the Queensland government to limit them to two main corridors.

AT the beginning of the year there was a major disconnect in the Central Queensland coalfields with no less than four projects for new lines to link coal mines in the expanding Galilee and Bowen Basins to the export ports on the Queensland coast, principally Abbot Point.

These projects have brought together some of the biggest names in Australian mining along with a number of global industrial powerhouses that at times led to some amusing discourse between the proponents. With up to 200 million tonnes per annum (mtpa) of coal on offer, the proposed mines could see Queensland's coal exports double over the next five years.

Waratah Coal's China First Project near Alpha in the Galilee Basin, proposed by the company's executive chairman Professor Clive Palmer, has been on the drawing board since 2008 and could generate 40mtpa of export coal. The project includes a planned 471km standard-gauge heavy-haul railway to the expanding export coal facilities at Abbot Point, near Bowen.

Indian business house GVK owns 80% of the nearby $A 10bn ($US 10.5bn) Alpha Coal project in association with Ms Gina Rinehart, an Australian who is reputed to be the world's richest woman. This project has a 495km, 60mtpa standard-gauge heavy-haul railway linking its Alpha and Kevin's Corner mines to Abbot Point as the core of its fully-integrated mine to port scheme.

The GVK route more or less duplicates the Waratah Coal link, though it does make a deviation through the heart of the Bowen Basin, no doubt with a view to picking up third-party traffic along the way.

For the northern half of their length, both routes duplicate a third route to Abbot Point proposed by BHP Billiton. This line would be 250-290km long and would serve a number of potential new mines and expansion projects planned by BHP Billiton and its associates in the Bowen Basin.

While the first two proponents seem keen to accommodate other coal producers on their tracks, BHP Billiton is adamant that while it is happy for any rail corridor to be wide enough to accommodate tracks for other producers, it would want its own dedicated track - in much the same way it sees its Pilbara iron-ore railway being an integral part of the production process.

Another Indian investor, the Adani Group, has its Carmichael coal mine project, which initially would link up with the existing narrow-gauge QR National line to Hay Point until tonnages reach a level that justifies a new link to Abbot Point.

Other players currently exploring the Galilee Basin include Brazilian miner Vale, and the Chinese-backed Macmines.

The incumbent railway in the region, QR National (to be renamed Aurizon this month), has also put forward its own solution. The Central Queensland Integrated Rail Project (CQRIP), estimated at around $A 2bn, would upgrade QRN's Abbot Point to Newlands corridor, with a branch then following Adani Group's chosen alignment to the Carmichael Mine and an extension roughly following Waratah's alignment to Alpha using both narrow and standard-gauge tracks.

The first stage would expand the current capacity on the Goonyella/ Newlands corridors by at least 25mtpa to 75mtpa by duplicating sections of the Goonyella - Abbot Point (GAP) railway which would also include a deviation around the township of Collinsville to minimise the impact on local residents.

Worried about the duplication of expensive infrastructure from competing interests, the Queensland government announced in June that it would recognise only two rail corridors to serve the mining developments in the region:

• the east-west rail corridor being developed by QR National and Adani Group, and

The government says the two corridors are the only areas where it is likely to use its powers to compulsorily acquire land for new lines and it will work towards declaring State Development Areas to define the two preferred corridors.

Seeking to reassure other miners that they will not be disadvantaged, the government says it will guarantee third party access to the corridors and has not ruled out other miners being able to co-locate their own railway lines within the north-south corridor should they consider that to be more commercially viable.

GVK has continually maintained that its railway alignment is the most efficient and cost-effective option and has also said that it is the most advanced, with agreements already reached with a majority of landowners, rail infrastructure manager accreditation in place, and operational modelling and ground surveys complete.

The cost of constructing the 495km rail corridor is estimated at $A 3.5bn, with trains of up to 25,000 gross tonnes transporting thermal coal to Abbot Point for export. GVK claims the 1 in 320 ruling gradient makes it the most efficient bulk haulage route available. Initial capacity and current approvals are for 60mtpa, however the line is scalable to 120mtpa on single-track with passing loops, whilst duplication and additional loops would enable further capacity expansion.

The high stakes involved have certainly raised tensions at times with Palmer threatening to sue QR National for $A 8bn over what he says was a breach of confidentiality and misleading conduct in relation to the CQRIP proposal. He is also targeting the Queensland government for its preference for the GVK rail corridor over his own proposal, and in October Palmer publicly questioned the financial bona fides of GVK.

But bigger issues may yet derail some of these projects. The continued high value of the Australian dollar and falling commodity prices combined with the difficulty in raising capital has put a dent in mining industry confidence around the country.

The decision by BHP Billiton to put on hold indefinitely most of its mining developments in Australia, including its major Bowen Basin mine and rail expansion, has not helped.

As a result, the start-up date for the various mines appears to have slipped from 2015 to 2016. GVK was originally planning to have financing in place by the end of the year, but this has slipped to the middle of 2013. However, GVK believes investors will take confidence from the key environmental approvals it received in October from the federal government for its rail and port options.

Both the GVK and Adani projects are tied to providing a secure supply for thermal power generation projects in India and observers suggests this means it is a matter of 'when' rather than 'if' these projects and the associated rail developments go ahead.

AFTER a legal battle lasting more than eight years, Fortescue Mining Group has won its appeal in the Australian High Court to gain access to heavy-haul lines in the Pilbara region of Western Australia owned by Rio Tinto and BHP Billiton. 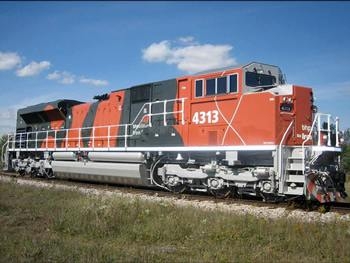 MINING group BHP Billiton has awarded Downer EDI a $A 292m ($US 315m) contract to supply EMD SD70ACe/LCi diesel locomotives for use on its heavy-haul iron-ore network in the Pilbara region of Western Australia.