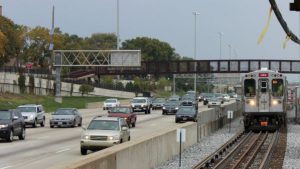 THE COP21 verdict is a boost to the future ability of public transport to meet the needs of growing urban populations, according to UITP secretary general Mr Alain Flausch.

COP21 and rail’s role in a low-carbon future

In 2016 governments from around the world will begin to outline their plans to achieve the ambitious carbon emissions reduction targets outlined in the COP21 Paris Agreement. Kevin Smith assesses what the agreement could mean for rail.

Will 2016 prove a turning point for rail?

THIS month we are forsaking our normal format to devote almost the entire issue to one subject: the railway in 2016. We invited a cross-section of railway leaders from around the world to give us their thoughts on the current state of the railway industry and its outlook for 2016, and their responses make fascinating reading.

Our coverage is set against the backdrop of some important recent developments which will shape the future of rail transport. These include:

The prospects for rail transport have never been brighter, as Bombardier Transportation's new president Mr Laurent Troger observes: "The demand for rail services is at an all-time high for all segments."

The €1bn Shift²Rail programme will finally mark the end of a decline in railway research in Europe which has seen the demise of the UIC's own research centre and several national railway research divisions either through privatisation, as in the case of Britain, or following the transfer of rail vehicle design from railways to manufacturers. This was in complete contrast with North America and Asian countries where existing railway research organisations have flourished.

Efforts by the UIC's secretary general, Mr Jean-Pierre Loubinoux, during the last few years to get rail recognised by the United Nations as part of the solution to reducing greenhouse gas emissions finally paid off at COP21. Obtaining UN recognition is a considerable achievement which railways must quickly take advantage of to maintain the momentum.

Indeed, after decades of railways fighting for their very survival, we now have the rather unusual situation where political support for rail is steadily increasing. This is evidenced by the growing number of railway projects around the world as our snapshot of project highlights in 2016 illustrates.

While railways need to seize this opportunity, unfortunately this is not always evident. European transport commissioner Mrs Violeta Bulc warned recently that there will be no more EU funding for rail investment unless member states and railways embrace the Fourth Railway Package when it comes into force this year.

"We have invested a lot in rail, but I won't invest a single dime more if railways don't get involved," Bulc told delegates at the European Railway Agency s Moving Towards the Single European Rail Area conference in Luxembourg on November 23. "I want to see rail deliver a new business model. The Fourth Railway Package will deliver a 20% reduction to the cost of market entry for new operators and a 20% reduction in cost and time to introduce new rolling stock, which will produce a saving of €500m by 2025. We will support rail when it takes steps forward, but if you don't deliver there are other modes."

This is a clear wakeup call for railways, and not just in Europe, to step up to the plate and embrace change, be innovative, and make services more attractive to win new business. 2016 could prove a turning point if rail takes advantage of this golden opportunity.