ARRIVA Netherlands has contracted Stadler to equip its fleet of 36 Flirt trains used on regional services in Limburg with Guardia ETCS onboard equipment. 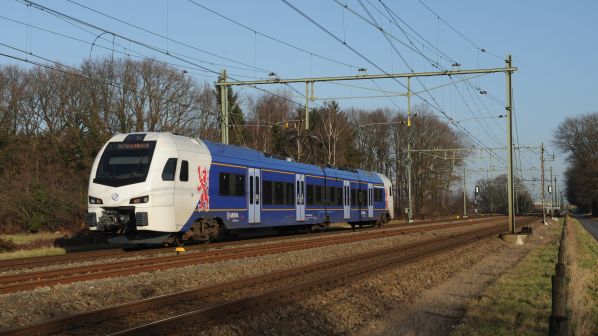 The fleet includes eight trains used on the cross-border service between Maastricht and Aachen, and the contract includes securing approval of the system for use in the Netherlands, Germany and Belgium, with the service expected to run to Liège in future.

The work will be carried out at Stadler’s service centre in the Netherlands between 2020 and 2024, with the first trains expected to operate on the cross-border route from 2022, approval permitting. Stadler says Arriva is the first Dutch operator to award an onboard ETCS retrofit contract.

The Guardia system was developed by AngelStar, a joint venture between Stadler and Mermec, and operates according to the ETCS baseline 3.4.0 at ETCS levels 1 and 2. The system is capable of full dynamic transfers between ETCS and legacy national signalling systems. In addition, the system allows drivers to visualise data such as the train’s position and speed, transmitting this information to a control centre.

The announcement of the contract by Arriva follows the approval of Guardia for Polish regional operator Masovian Railway (KM) on June 24.