ALSTOM announced the successful completion of tests of a prototype battery system for use in regional diesel-electric hybrid Regiolis trains on December 1. 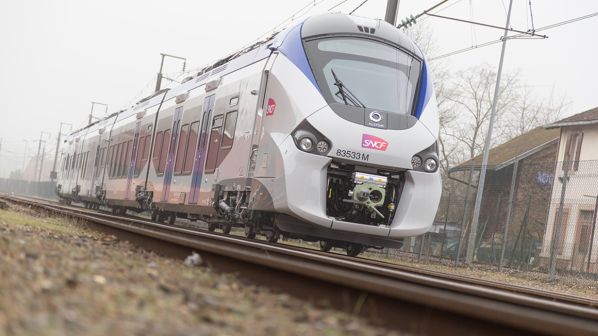 The lithium-ion-based prototype was installed on a test bench at Alstom’s Tarbes site in southwest France in late 2019, and was able to validate the train’s operating conditions, with journeys simulated in battery-only mode and hybrid diesel-battery mode.

Alstom will now finalise the design of a traction system comprising the battery system and a power converter.

Production of the pre-series traction system started in September 2020 in Tarbes, while Alstom and project partner French National Railways (SNCF) have worked on regulatory safety demonstrations and development.

The new battery units will be installed in the existing dual-mode hybrid Alstom Coradia Polyvalent multiple units, designated Régiolis by SNCF, which are used on French regional express (TER) networks.

The new battery pack units will replace half of the trains’ roof-mounted diesel engines and will facilitate regenerative braking. In addition, the batteries will enable the shutdown of diesel engines during extended station stops and will provide additional traction on low-voltage lines.

An existing Régiolis multiple unit owned by the Occitanie region will now be taken out of service and fitted out at Alstom’s Reichshoffen plant, with work due to be completed in early 2021. On-track testing will take place throughout 2021, followed by tests in commercial service from 2022.

Alstom launched the project in 2018 in partnership with SNCF and the French regions of Grand Est, Occitanie, Nouvelle-Aquitaine and Centre-Val-de-Loire. The project aims to reduce energy consumption and emissions by 20% as well as maintenance and operating costs.

“Making the TER train fleet greener is one of the major objectives of the region’s Néo Terra plan, intended to speed up ecological transition,” says Mr Alan Rousset, president of the Nouvelle-Aquitaine region. “Our goal is to make TER trains diesel-free by 2030.”

“The hybrid TER is part of a range of solutions to which we are committed as part of out PlaneTER programme to produce more TERs and less CO2,” says Mr Frank Lacroix, SNCF’s managing director of TER regional services.