BOMBARDIER Transportation opened a new €1m laboratory in Mannheim on August 23, where it will develop and test electronics systems for train control (TCMS) and signalling and control systems. 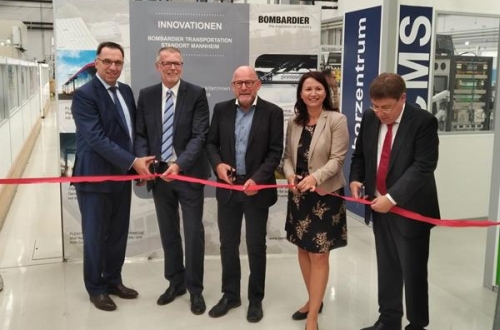 The research at the 1140m2 facility, which will employ around 40 staff, will include programming the “brains” of trains and developing the digital network for communication between onboard and trackside networks for improved safety.

During the inauguration, Bombardier also revealed details about its new Talent 3 battery-electric multiple unit, which includes components developed in Mannheim. A detailed description of the project will appear in the September issue of IRJ.

“The laboratory for vehicle control and signalling technology that we are officially inaugurating here today in Mannheim offers all possibilities to make the rail transport of the future safer and more efficient,” says Hermann. “In Germany we are at the precipice of a dramatic technological revolution - including in railways. Digitisation of railways will allow us to respond adequately to the automation of road transport and to secure competitiveness within Europe.”