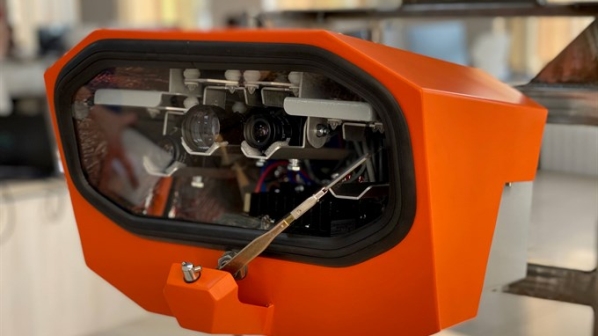 Cognitive Pilot, a joint venture of Russia’s Sberbank and Cognitive Technologies Group, says it expects the units to be used by Russian Railways (RZD), as well as operators in France, Denmark and Germany.

“We have already received a certificate of conformity on trial operation, which means that we have operated our system the required number of hours on the railway,” says Cognitive Pilot CEO, Ms Olga Uskova. “Now we are passing the next level of certification as part of controlled operation, when the developer is not present at all in the experimental circuit, and the customer operates everything by themselves. We plan to pass this certification by December 31. This is the forerunner of the global distribution of this product, and next year we expect tremendous scaling.”

The Cognitive Rail Pilot system is designed to help drivers avoid errors that may lead to accidents, as well as improve fleet efficiency.

Cognitive Pilot launched a pilot project with RZD in 2019, installing the Cognitive Rail Pilot system on ČME3 locomotives, which are being tested in various locations around Russia including Vologda and Ufa.

During these tests, Cognitive Pilot examined how the autonomous system worked in various weather and lighting conditions, as well as with and without wagons. The company also successfully undertook shunting operations such as stopping, smooth running, coupling, and working movement inside stations.

In addition, the tests simulated preventing the train passing a signal at danger, running through turnouts, preventing collisions with other trains as well as pedestrians and animals.