DB and Vodafone to remove mobile blackspots across rail network

The agreement will improve mobile connection speeds for passengers on high-speed trains. 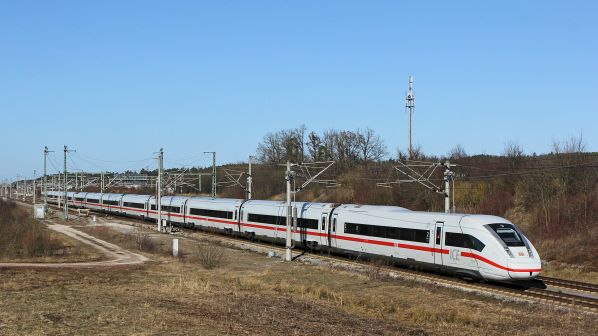 To achieve this, Vodafone will install 160 new transmitters and upgrade around 1000 existing transmitters along DB’s busiest inter-city lines. DB will facilitate this work by providing land and fibre-optic infrastructure along its lines, and will also explore new technologies such mobile radio permeable window panes to improve connectivity within trains.

Vodafone also plans to make its 5G+ network available across the rail network from mid-2025, which will allow speeds up of to 225mbps with lower latency than the existing network. DB told IRJ that the free onboard Wi-Fi, which is based on all three main telecommunication networks in Germany, will also benefit from the improvement in Vodafone’s trackside network.