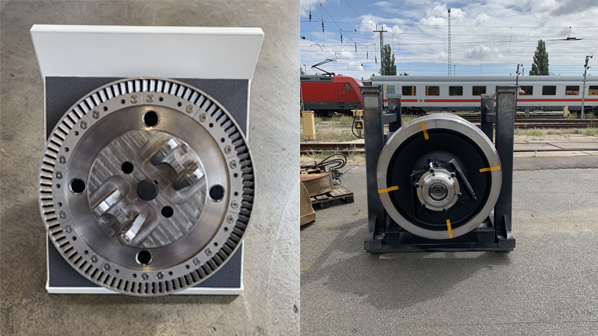 The printer welds together thin strands of stainless steel wire, layering them up to create items such as axlebox covers which are hard to source and can take up to 24 months to be delivered.

Overall, DB is now able to produce more than 120 different items including fan wheels, headrests, housings such as terminal boxes to protect sensitive cables, and even small items such as spare parts for coffee machines.

Developed by Berlin-based Gefertec, the system is able to recreate objects from existing plans or scans. Process testing and certification is performed by TÜV Süd.

“With the breakthrough in metal printing, we can now gradually ensure a faster supply of spare parts and the vehicles quickly get back on track,” says Ms Sabina Jeschke, DB’s board member for digitalisation and technology. “The goal is to make around 10,000 different spare parts available via 3D printing by 2021.”

DB first began exploring 3D printing in 2015, when it made thousands of plastic coat hooks to be installed across the ICE fleet. The company says the system is able to save both time and resources, as spare parts are no longer stored in large quantities but are manufactured on demand.

DB will also be integrating 3D printing into vocational training this year, with all 200 apprentices starting in September due to learn how to produce parts using the process. As 3D printing is not yet included in most technical training programmes, DB says it has developed its own training content for the courses.