ANSALDO has signed a Memorandum of Understanding with Copenhagen metro operator Metroselskabet to develop a proof of concept for a new Dynamic Headway Solution, which will be designed using Ansaldo’s train control systems and Hitachi’s digitalisation and Internet of Things (IoT) technology to detect congestion through sensors at stations. 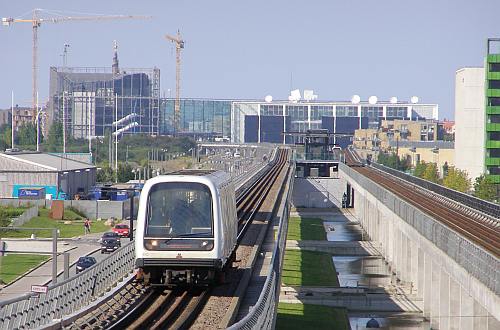 The technology will analyse demand, and through data analysis, the number of trains can be optimised automatically to respond to sudden changes in passenger numbers. The solution would be particularly useful during increased demand during events, exhibitions or peak hours.

The aim of the project is to adapt the number of trains to real-time demand, to increase passenger satisfaction as well as save energy and operation costs by increasing utilisation of the service.

A prototype will be completed by the end of 2017, followed by a full development targeting Copenhagen Lines M1 and M2, and the new Cityringen circle line. Ansaldo has been managing Copenhagen’s driverless system since it become operational in October 2002. Copenhagen’s metro currently consists of 21km of double track, serving 22 stations.

“Exploring ways to optimise delivered capacity to make it as efficient as possible is critical to minimise the cost of provision of public transportation,” says CEO of Metroselskabet, Mr Henrik Plougmann Olsen.