Egypt plans to localise up to 75% of manufacturing within six years. 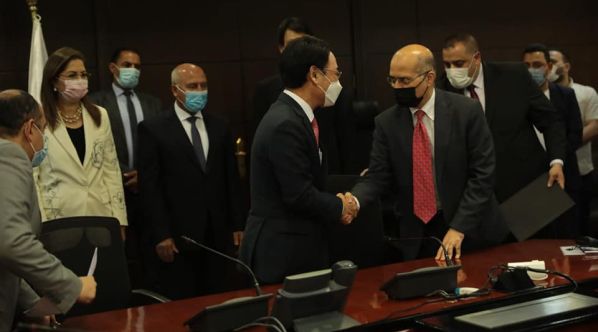 EGYPT’s National Company for Railroad Industries (NIRC) and Hyundai Rotem have signed a memorandum of understanding (MoU) to share expertise and knowledge, and increase the localisation of production in Egypt.

The agreement was signed as the Egyptian government pushes for further localisation in the rail industry, especially relating to the manufacture of new metro fleets over the next six years. The president of Egypt, Mr Abdel Fattah Al-Sisi, has directed that 25% of the industry be localised within two years, 50% within four years, and up to 75% within six years. As well as the domestic market, Egypt is targeting export to the wider African region.

Hyundai Rotem is currently supplying a fleet of 32 eight-car trains for the phase three extension to Cairo metro Line 3 under a Won 433.3bn ($US 352m) contract awarded in 2017. Under the MoU, 10 of these trains will include 25% localised manufacturing.

Al-Saeed says the agreement comes as the government launched the National Programme for Structural Reforms, which focuses on expanding and localising industries across Egypt while supporting the private sector, two goals supported by the MoU.