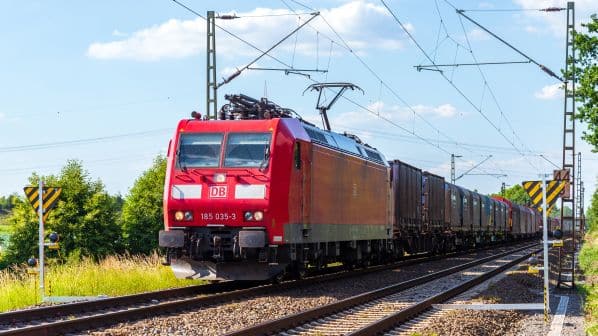 EUROPE’s Rail has announced the six projects that it will provide with a total of €232.8m in funding, selected after the first call for proposals issued by the research undertaking that succeeds the European Union’s (EU) Shift2Rail initiative.

The six multi-year flagship projects will cost a total of €568.4m and mark the start of research and innovation activities at Europe’s Rail. The projects will focus specifically on network management, automation and digitalisation of rail operations, sustainable and resilient systems, rail freight in the supply chain, and regional and feeder lines.

The projects involve over 200 companies and organisations from 14 countries, says Europe’s Rail.

First of the projects is Motional, standing for mobility management, multimodal environment and digital enablers, which is being coordinated by Hacon of Germany. Motional will take 46 months to complete and has a total cost of €63.7m. It is receiving an EU contribution of €38.2m via Europe’s Rail.

French National Railways (SNCF) is coordinator for the R2dato project to examine automation and digitalisation, including autonomous train operation. This project is costing €127.4m, of which the EU is providing €53.9m, and is due to take 42 months to complete.

Iam4rail is focusing on holistic and integrated asset management for Europe’s Rail system and is being coordinated by Spanish infrastructure manager Adif. This work is due to take 48 months to complete at a cost of €77m, to which the EU is contributing €46.2m.

Alstom is coordinator for Rail4earth, which will research green and sustainable rail systems. The total cost is €64m, of which the EU is providing €38.4m. This project is due to take 48 months to complete.

The Trans4m-r project is concerned with transforming European rail freight and is coordinated by German Rail (DB). It is due to take 45 months at a cost of €67.9m and is receiving an EU contribution of €40.6m.

The sixth and final project to be selected from the first call for proposals by Europe’s Rail is FutuRe, which aims to deliver innovative rail services to revitalise feeder lines and regional services. The project coordinator is French supplier Faiveley Transport and the timescale for completion is 48 months. FutuRe is costing €25.8m and is receiving an EU contribution of €15.5m.

Europe’s Rail says that its first 2022 call for proposals was open to all participants eligible under the rules of the EU’s Horizon Europe programme for funding research and innovation. This ensured wide representation of the European rail value chain, from the research and scientific community to major suppliers, operators and infrastructure managers.

The six projects now receiving funding were selected by a jury of independent experts, and Europe’s Rail says it now looks forward to the research projects demonstrating their ability to deliver a promising future for rail.

Europe’s Rail expects to launch to a second call for proposals covering exploratory research and other activities by the end of September, to be followed by others on a yearly basis.

“The success of the rail system in converging towards a single, seamless, resilient, interoperable, sustainable and efficient network will depend on the capacity of the sector to work together, reinvent itself, and leverage its strengths with a user-centric approach in mind,” says Mr Carlo Borghini, executive director of Europe’s Rail.

“The large flagship projects funded under this very first Europe’s Rail call for proposals do exactly that - they bring together the European rail sector and allow it to transform itself through an integrated system approach that will benefit European passengers and the supply chain, and meet EU policy objectives.”

“We do not need national legacy system burdens or inbuilt infrastructure obstacles,” says Mr Henrik Hololei, director general for mobility and transport at the European Commission. “I am pleased to see that the very first call from Europe’s Rail has attracted good quality projects that will modernise rail and deliver a genuine Single European Rail Area.”

Carlo Borghini explained the importance of the Systems Pillar for Europe’s Rail in an interview with IRJ published in the September 2022 edition of IRJ. Subscribers can read it here.