THE Shift2Rail joint undertaking announced on November 8 that the final agreement relating to the 2015-16 call for proposals had been signed. 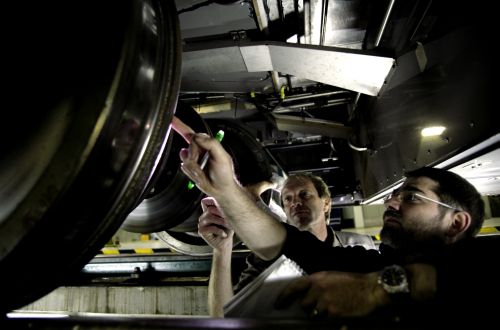 “Together with its members and stakeholders, the joint undertaking will ensure that projects will work jointly, in a spirit of strong collaboration, to leverage results and resources available,” says Mr Carlo Borghini, executive director of Shift2Rail.

Shift2Rail members covered all 13 call topics open to them with various project proposals. The work being undertaken by the members during the next three years, which started on September 1, amounts to €142m. Shif2Rail will co-fund up to €63m.

The applicants to the open call for proposals for non-members covered 14 of the 15 topics open to them. The awarded consortia will be financed by Shift2Rail up to €25m, and the projects started in October.

Shift2Rail launched €167m of R&D activities and plans to grant €88m for their completion. A total of 454 participants applied under the different topics available through both the open calls and the calls designated for members, 25% of which are small and medium-sized enterprises.