Fitsco and Cognitive Pilot to develop autonomous LRV for Shanghai 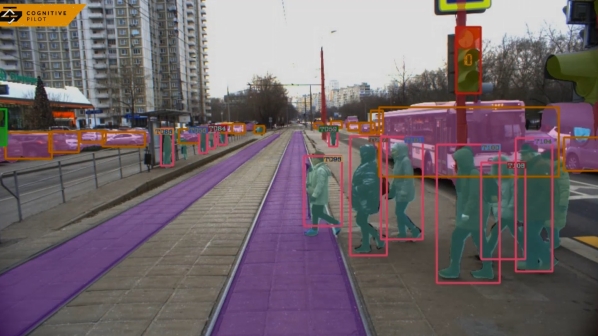 “The new technology will reduce the number of transport accidents in the city and will minimise their dependence on the human factor,” says Fitsco CEO, Mr Jack Wu.

The joint project will consist of three stages: research and development, testing and commercialisation.

“The result of the project’s first stages will be the development of an AI-based Advanced Driver Assistance System (ADAS),” says Cognitive Pilot CEO, Ms Olga Uskova. “In the absence of a proper response from the driver, the tram will automatically control its speed and brake in front of the obstacles. During all the upcoming tests, the driver will still be in the cab, but only as a safety controller.”

“We expect that with the successful implementation of our joint project, we will continue increasing the AI level of the tram autopilot and in the near future will demonstrate a fully autonomous prototype,” Wu says.

Cognitive Pilot will build on its experience gained through a joint project launched in 2019 with Russian LRV manufacturer PC Transport Systems to develop an autonomous LRV in Moscow.

The autonomous driving system developed through the project detects vehicles and other LRVs, traffic lights, pedestrians, light rail and bus stops, railway switches and various obstacles. The tram is also able to stop in front of these obstacles, maintain a safe distance from the cars ahead, accelerate and stop.