IRJ at InnoTrans 2016: Frauscher, Austria, unveiled its new acoustic sensing system which is able to monitor a railway along an optic fibre cable already belonging to the railway. 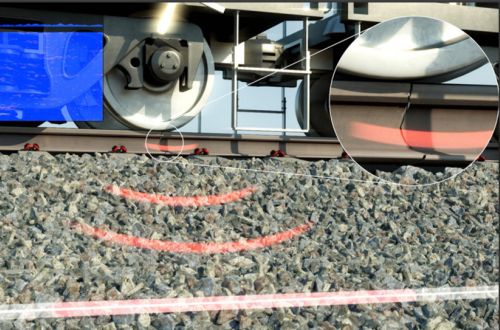 The Frauscher Tracking Solution (FTS) has the ability to detect intruders on the railway as well as identify each wheel impact on the rail at 10m intervals. It can differentiate between trains going in opposite directions and with sensors on each track FTS can monitor train movements on multiple tracks.

FTS can detect wheel flats and broken rails, and one FTS control cabinet can monitor an 80km section of railway. The system could also be used to inform passengers of the exact arrival time of trains.

Frauscher says it only takes one week to install and instrument the system.

“Some solutions for railway-specific applications have already been developed,” says Mr Peter Bradley, Frauscher’s FTS director. “They are now available and can be provided to the market. Due to the overwhelming feedback and results that we collected in several pilot installations and at InnoTrans 2016, we are sure that distributed acoustic sensing has the potential to become a base technology for railway operations in the near future.”