The safe.trAIn project will run until the end of 2024. 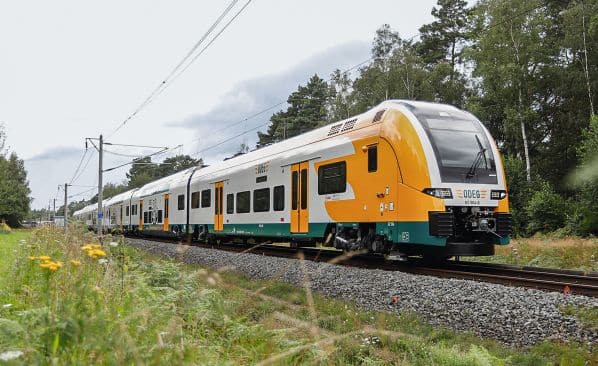 Siemens is leading a research initiative to harness AI for the automation of regional trains.
Photo Credit: Siemens

SIEMENS is leading a €23m research project called safe.trAIn funded by the German government to develop automatic operation of regional trains with the aid of artificial intelligence (AI).

“The challenge that has remained unresolved to date is that of finding a practical way to link AI methodologies to the requirements and approval processes that apply to railways,” Siemens says. “The safe.trAIn project aims to lay a foundation for safe use of AI for driverless operation of rail vehicles and to thus address a key technological challenge hindering the adoption of driverless train operation.

“For several years now, solutions for completely driverless and unattended operation of trains have been successfully established on the market and in operation. Until now, however, these systems have been operating exclusively in controlled and closed environments, such as metro tunnels. Now, the safe.trAIn project is focusing on applying this technology for use in regional trains. Such trains operate in more open environments in which it is necessary to reliably recognise obstructions such as people on the lines as well as fallen trees or mudslides on the tracks.”

The main objectives of the project are to perform integrated development of testing standards and of methods for using AI to automate rail operation, to use example applications to verify the suitability of the test standards, and eventually to launch automation products onto the market. The project will examine AI-based methods for driverless regional trains, validate the safety of the AI components, as well as test processes and methods. Safe.trAIn will build on the results from the latest research such as Shift2Rail, BerDiBa, ATO-Sense and ATO-Risk, and AI safeguarding.

The German Federal Office for Information Security is associated with the project and the German Federal Ministry for Economic Affairs and Climate Action is providing funding as part of its New Vehicles and System Technologies programme.