HS2 Ltd has signed an agreement with the UK Rail Research and Innovation Network (UKRRIN) to access technologies produced by the group’s research facilities, which it hopes will accelerate the adoption of new technologies on HS2 as well as the global rail market. 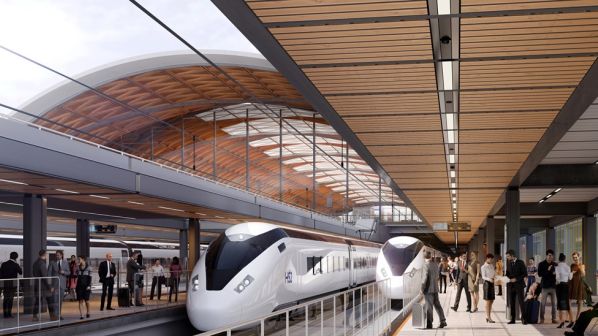 The University of Birmingham will coordinate activities in support of HS2, supporting research and development at the UKRRIN’s three Centres of Excellence, which specialise in development of digital systems, rolling stock and infrastructure.

The university will also lead the first project under the new agreement, which will use simulation models to improve understanding of the performance of expansion joints used on high-speed rails.

The University of Birmingham leads the digital systems centre, which focuses primarily on the development of control, simulation, data integration, cybersecurity, condition monitoring and sensor systems, as well as the development of improved methods for implementation.

The rolling stock centre, led by the University of Huddersfield in collaboration with the universities of Newcastle and Loughborough, focuses on the development of high value systems, whole-life asset optimisation and energy management.

The infrastructure centre is led by the University of Southampton in collaboration with the universities of Sheffield, Loughborough, Nottingham and Heriot-Watt.

Mr Howard Mitchell, HS2’s head of innovation said during the signing that the agreement enables greater development of decarbonisation solutions for use on both HS2 and Britain’s conventional rail network. He says that HS2’s scale and longevity provide an ideal testing ground for new technology.

“By supporting HS2’s research programme we can accelerate advances that will improve Britain’s railways through increasing capacity and decreasing the system’s carbon footprint,” says Professor Stephen Jarvis, head of the College of Engineering and Physical Sciences at the University of Birmingham. “Through initiatives like this we can put Britain at the forefront of rail innovation and play our part in restoring the economy.”

UKRRIN is a research group founded in 2017 as a partnership of rail industry leaders and a consortium of Birmingham, Southampton, Huddersfield, Newcastle, Loughborough, Sheffield, Nottingham and Heriot-Watt universities. UKRRIN was founded with the intention of establishing British rail research and development centres and is funded primarily through a pledge of £64m by 17 rail industry partners including Alstom, Siemens and Bombardier, as well as a £28.1m government grant through the now-defunct Higher Education Funding Council for England (HEFCE).