New technology could save 763,000 tonnes of carbon dioxide a year. 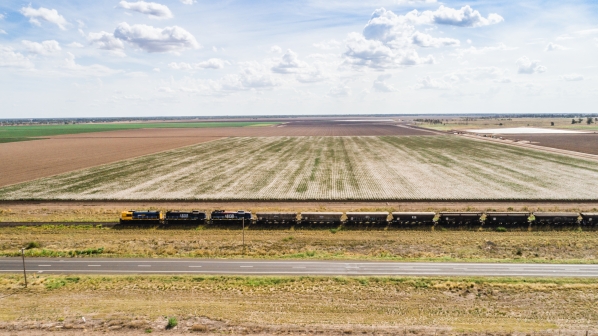 ENGINEERING design and consultancy company Arcadis is urging the Australian federal government to ensure that the design of the Inland Rail project to link Melbourne with Brisbane can accommodate hydrogen-powered trains, which it says have the potential save 763,000 tonnes of CO2 a year.

Arcadis has undertaken a study with British clean energy company Smart Ports, which has been exploring the potential for decarbonising Australia’s rail infrastructure by deploying the ammonia to hydrogen cracking technology it has developed.

The scalable and modular ammonia to hydrogen refuelling terminals (SMAHRT) use hydrogen converted to liquid ammonia, which is then transported to the point of use where it is reconverted to fuel-grade hydrogen using portable, containerised cracking units.

This process avoids the difficulties of transporting hydrogen as either a compressed gas or in liquid form at extremely low temperatures.

The study found that if this cracking technology were used on Inland Rail, a single freight movement from Melbourne to Brisbane would be cheaper using hydrogen than diesel from 2024.

As a diesel-fuelled movement would generate 87,100kg of CO2, this would translate to a potential saving of 763,000 tonnes of CO2 per year, based on projections that Inland Rail would be used by an average of 12 freight movements each way per day at the start of operations.

“It will be up to rail operators to select their fuel source but, inevitably, the pressure will be on them to switch to clean fuels,” says Mr Luke Keys, clients director, resilience, at Arcadis. “The design of the rail link must therefore allow for ammonia and hydrogen fuel to be easily stored and accessed along the route.”

“The time to do that is now, as fuel transfer and storage requirements are built into the initial design and construction stage of the project. It will be much more expensive to retrofit fuel infrastructure to accommodate future fuels once the project is up and running,” Keys says.