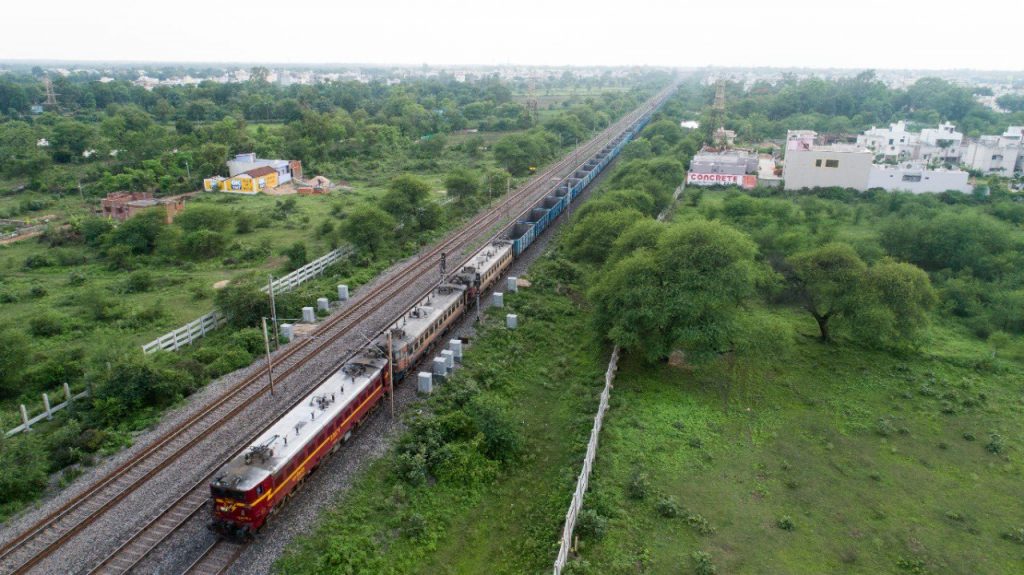 This follows the news that IR is on target to complete electrification of its entire 67,368km network by 2023. IR has electrified around 40,000km of line since work began in 2014, including 63% of broad gauge lines.

Electrified routes include the country’s Dedicated Freight Corridors (DFC) project, which is expected to radically increase the efficiency of freight shipping. The project features the world’s first operation of double-stack intermodal trains under overhead catenary, which began on the Western DFC on June 10.

IR will also continue expanding its use of solar panels, ensuring that its newly electrified network has a guaranteed supply of renewable energy.

Solar panel systems with a nominal power of 100MWp have been installed on the roofs of railway buildings including 900 stations. Plans for a further 400MWp of solar panels are in the process of being rolled out, with tenders for 60% of these already granted. Installation of the new systems are expected by December 2022.

Other steps already taken include the replacement of all station lighting with energy-efficient LEDs, completed in March 2018, the fitting of bio-toilets in 69,000 coaches, and improvements to the energy efficiency of locomotives, trains and rail infrastructure.