Prototype now under construction for trials in December. 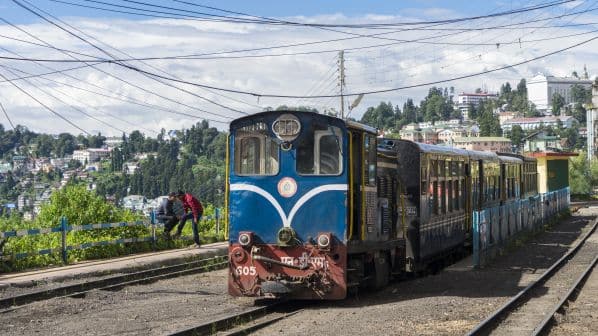 INDIA’s railways minister, Mr Ashwani Vaishnaw, has announced plans for the first trial of hydrogen traction on the Indian Railways (IR) network, which will take place with a new Vande Metro train by the end of this year.

“Manufacture of the hydrogen fuel-based train has begun at a workshop of the Northern Railways and the prototype will be tested on the Sonipat - Jind section in Haryana later this year,” Vaishnaw recently told the Lok Sabha, the lower house of Indian parliament.

Although hydrogen technology is still in its infancy, IR appears confident that it will meet the deadline of December 23 set for the start of the trials. “The technology is available off the shelf,” one IR manager said.

IR is planning to operate the first hydrogen train on one of its narrow-gauge heritage routes in the Himalayas. The 610mm-gauge Darjeeling Himalayan Railway and the 762mm-gauge Kalka - Shimla Railway are currently operated with diesel traction.

“Electrification of these routes is both difficult and economically unviable,” an IR official said. “Hydrogen technology offers an emission-free alternative that can also be economically competitive.”

It is claimed that the shift to hydrogen will completely eliminate CO2 emissions on these routes. But fossil fuels will still be required to generate the electricity required for hydrogen production.

At present, around 70% of IR’s energy requirements are provided by burning fossil fuels, such as at coal-fired power stations.

IR's counter-argument is that new green technology must continue to be developed to reduce dependence on fossil fuels. “India will progressively shift to the use of clean energy in the coming years,” it says.