Germany: German Rail (DB), in collaboration with technology startup LiveEO, is employing machine learning to analyse satellite images to create digital vegetation maps across its network. The intention is to identify trees that are especially vulnerable to extreme weather, to better manage potential disruption in the event of storms. 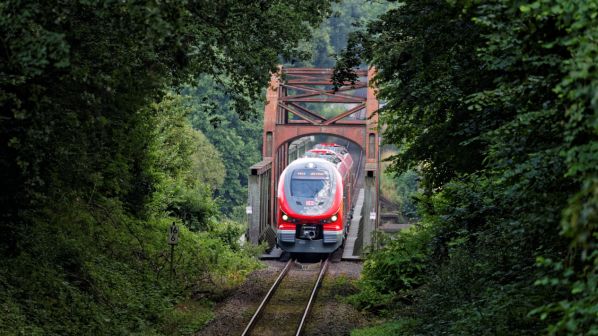 Around 70% of DB’s network runs through forested areas, and the railway currently spends around €125m annually on maintaining trackside vegetation. It is hoped that the new digital map will help support this effort and optimise resource allocation.

The study monitored the inter-city trips of passengers resident in the central, southern and northwestern regions of the country. For the second phase of the project, the number of cities will be expanded to improve the quality of modelling.

Australia: Sydney Trains will deploy CriticalArc’s SafeZone security, safety and emergency management platform on its network to mitigate risks to staff and passengers and strengthen its capacity to respond to incidents and emergencies. The system will enable real-time situational awareness and enable the operator to alert and track specific individuals and groups in emergencies.

Britain: The British government has announced a £200,000 research scheme to investigate whether onboard mobile connectivity can be improved by fitting communications antennas to overhead electrification equipment. It is hoped that the concept could improve connectivity for passengers without the need to build additional track-side masts.

Egypt: Alstom has successfully launched commercial operation of its Smart-lock 400 GP computer-based interlockings and power supply systems which it installed on the Mallawi section of the 240km Beni Suef - Asyut line. This is the fifth section of the line to begin operation using the systems, with a total of 40km of line now equipped. Egyptian National Railways (ENR) awarded a €100m contract to resignal the line in January 2015. The project was originally due for completion in 2019, but was delayed.

Britain: Zonegreen will equip a new extension to Manchester’s Newton Heath depot with its latest Depot Personnel Protection System (DPPS). The system will cover all four tracks in the new facility, and will automate operational procedures to improve safety for workers.