NORWAY: Bane NOR and the Norwegian Mapping Authority have entered into a collaboration agreement for a project that will use satellite signals to measure track position on selected routes. 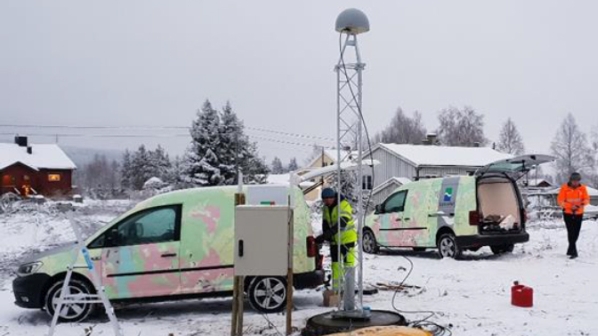 Bane Nor says the method is far cheaper than physically mounting measuring marks along the rails and will provide savings of more than NKr 100m ($US 10.6m).

To improve the accuracy of the system, Bane Nor will pay NKr 15m for 50 base stations to be built along the Nordlands, Røros, Solør and Rauma lines.

The first battery systems, including heating and cooling equipment, and cables, are scheduled for delivery in the second half of 2020, with all 40 systems expected to be delivered by 2021.

Each Coradia iLint train is equipped with two high-performance battery systems with a total capacity of 220kWh. The electrical energy generated by braking is stored in Akasol’s systems and released to the traction motors when the train accelerates.

“The combination of hydrogen fuel cells and our intelligent high-performance battery enables continuous storage of the electrical energy generated by the fuel cells as well as dynamic absorption of the high electrical power which is recuperated when braking,” says Akasol CEO, Mr Sven Schulz. “The systems not only provide the power needed for propulsion but also supply power for on-board systems like lighting and air-conditioning.”

The agreement will allow Hyundai Rotem to develop a cloud-based system hosted on the Naver cloud platform, while NBP will provide technical support to ensure that the platform is stable and efficient.

The platform developed by Hyundai Rotem gathers data from the fleet, and includes optimised failure prediction algorithms to provide real-time information on vehicle status such as fault location and parts replacement.

OMK says this was in response to high demand from the domestic market, including Russian Railways.

This is the second major contract from a Class 1 operator for Ondas Networks, following the completed deployment of a multi-phase field trial with another operator at the end of 2019.