Spain: Teltronic has unveiled the RTP-800, a new generation onboard system that integrates Tetra, LTE and Wi-Fi for critical voice and data communications into a single rack. 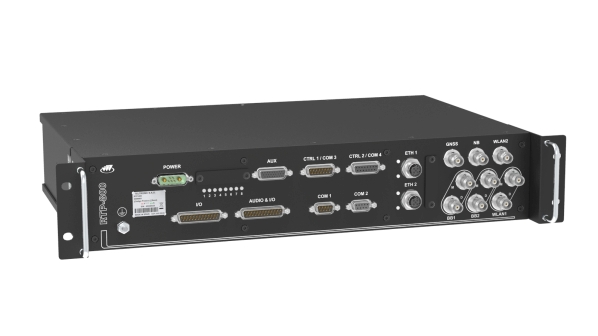 The new on-board equipment is configured as a single, standardised hardware platform that supports multiple configurations including Tetra (voice and data), Tetra (voice) + LTE (data), or LTE, including MCPTT and VoIP services for voice and broadband data services.

Teltronic says the biggest benefit from this multi-configuration approach is that the hardware may be fully dedicated to broadband communications. This provides a completely independent and transparent interface that allows the transmission of data without interfering with mission critical functionalities and without having to add additional equipment to the rack.

The rack also offers wide connectivity possibilities, including Ethernet, serial ports and Wi-Fi, as well as a digital audio switching matrix that facilitates integration with train audio subsystems, such as intercom and public address systems.

In addition, the RTP-800 comes as standard with interfaces for connection to other subsystems, such as train control and management systems (TCMS). The Tetra and LTE technologies are also validated to transmit ETCS, CBTC and PTC.

Erex receives measured energy data from most of the existing energy measurement systems active across Europe as well as data from GPS positions, train management systems, and the specific energy prices per hour and for a certain country. From this the platform validates, filters, and combines all of the information to ensure that the data is correct before it becomes the basis for billing the operator when operating in a specific territory. The system can also account for energy returned to the network through regenerative braking.

The system is now in use in Spain, Switzerland, the Netherlands, Belgium, Luxembourg, Sweden, Finland, Denmark and Norway.

United States: Wabtec has launched its BlueFilter air-filtration system, a TÜV-tested filter which continuously provides fresh and clean air onboard metro and railcars by removing more than 90% of contaminants per air cycle.

BlueFilter’s design removes contaminants that are .01 to 1000 micrometres in size, including allergens, bacteria, various dusts and viruses. Wabtec says that by comparison, most standard filters typically only remove particles that are between 10 to 1000 micrometres in size, which only includes contaminants such as pollen, most dusts and some bacteria.

As part of the investment, EKE-Electronics and Mitsubishi Electric have entered into a wide-ranging cooperation agreement which gives EKE-Electronics new access to fast-growing markets in Asia and the US as well as new resources for further developing its intelligent TCMS and remote condition monitoring systems (RCMS).

Siemens says the frequency-agnostic, software-defined radio architecture from Ondas will enable a substantial increase in capacity when using the railway’s existing wireless infrastructure and dedicated FCC-licensed radio frequencies, as well as the flexibility to adapt to future changes in radio frequency spectrum availability.

Sweden: Strukton has unveiled its Universal Tamper 4.0, developed with System7. Strukton says the machine uses machine learning to improve operation, requiring fewer staff, and is 7dB quieter when operating. The system can also be programmed to stop at points, and can be used to tamp both points and straight track.

As well as recording its position on the track, the machine can also detect the density of ballast under the sleepers, and the force with which it is compressing the ballast.

The machine is powered by an EU stage 4-complient diesel engine.