EAST Japan Railway (JR East), Hitachi and Toyota have signed an agreement to collaborate on the development of a prototype rail vehicle which employs a hydrogen-electric traction system. 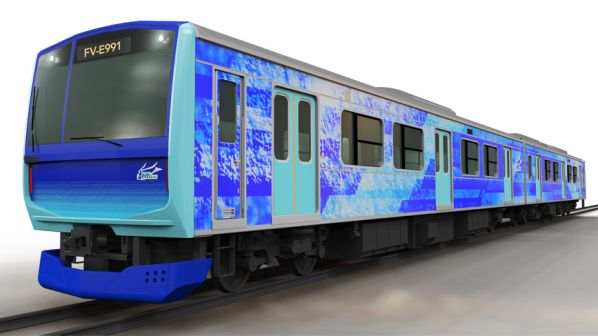 The test vehicle, which is called Hybari, will employ fuel cells developed by Toyota for its hydrogen-fuelled Mirai cars and Sora buses, and a hybrid drive system developed by Hitachi. Hybari will also incorporate regenerative braking systems for additional power generation.

The prototype train will be a converted two-car FV-E991 EMU, and is expected to have an operational speed of 100km/h, with a range of approximately 140km before refuelling.

Testing of the train is scheduled to begin in March 2022 on the 4.1 km Shitte - Hama-Kawasaki Nambu Branch Line in Kanagawa Prefecture.

The project is a key feature of JR East’s target to achieve net zero carbon emissions in all rail operations by 2030, and across its entire business by 2050, as outlined in its Zero Carbon Challenge 2050 strategy.