EAST Japan Railway Company (JR East) has released details of a new catenary system, which the railway is set to install on sections of the Tohoku and Joetsu Shinkansen beginning this year. 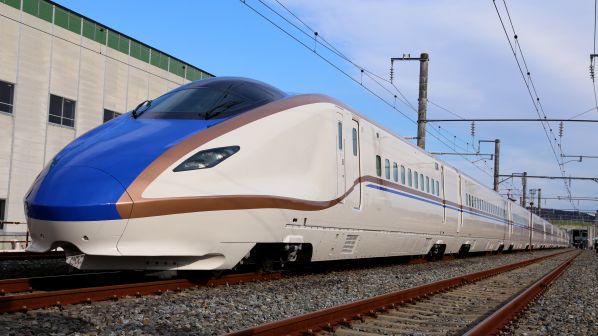 While suitable for existing 320km/h operation, the new system is also viable at 360km/h through the use of a high-strength and low-weight contact wire. In these instances, the tension of the contact wire is increased to 53.9kN compared with 39.2kN on a conventional Shinkansen line. The higher tension ensures the wave generated as the pantograph passes along the contact wire moves faster than the train.

Rollout will begin this year on the Tohoku Shinkansen on a 45km stretch between Ueno and Omiya and the 160km section from Furukawa to Morioka. Installation is also earmarked for the 125km section of the Joetsu Shinkansen from Omiya to Honjo Waseda.