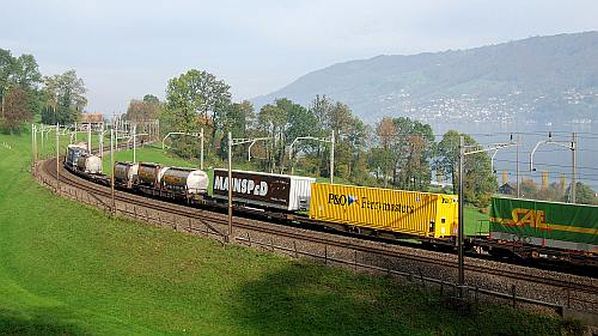 Nexxiot sensors have been widely installed on European wagon fleets.

KNORR-Bremse has announced the conclusion of a strategic cooperation and investment agreement with Nexxiot of Switzerland, which will see the company’s sensor technology deployed to improve the performance of Knorr-Bremse equipment.

Subject to regulatory approval, the partnership has seen Knorr-Bremse invest €60m in Nexxiot and acquire a minority stake to become the company’s largest shareholder.

Under the first stage of the partnership, Knorr-Bremse will offer customers the option of retrofitting Nexxiot’s data-gathering sensor technology to vehicle subsystems already in operation, such as braking systems, doors and air-conditioning, and connecting them to Nexxiot’s cloud-based system.

The second stage will see Knorr-Bremse “natively integrate its original equipment into the digital ecosystem,” the company says.

Knorr-Bremse says that it delivers 120,000 connectable new rail assets every year and maintains 100,000 assets already in operation. “This represents a strong potential basis for future data-driven business,” says the company, which expects its digital business to grow significantly over the next few years and account for €200m of revenue at its rail division by 2027.

Nexxiot technology is currently installed in 200,000 vehicles in Europe, accounting for over 25% of the total European fleet, according to Knorr-Bremse. Nexxiot expects to fit over 2 million wagons and containers around the world by 2024, and has recently agreed a contract to install its sensors on a large part of the Hapag-Lloyd container fleet, which totals 3 million TEU.

“By combining our systems technology with Nexxiot’s digital ecosystem, we’re creating a win-win scenario that will boost vehicle availability and lower the total cost of fleet ownership by leveraging a new generation of data-based services,” says Dr Jürgen Wilder, member of the executive board at Knorr-Bremse and responsible for the Rail Vehicle Systems division.