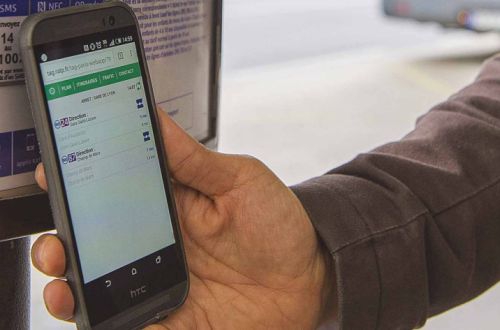 The initiative will see more real-time information made available.

The Department for Transport (DfT) says it is targeting closer ties between rail and tech firms with the aim of achieving seamless, hassle-free journeys. It also wants to provide better updates for passengers on services and delays, as well as more information about seats and on board facilities. It says better use of data could also allow train operators to plan more effectively and to predict and fix issues before they arise, creating a more reliable railway.

The British government and RDG, which represents the rail industry, have published the Joint Rail Data Action Plan which sets out the obligations and deadlines for delivering on these ambitions, overseen by an industry-led taskforce.

Building on data that the industry has already made available, data will be released over the coming months to provide more consistent and timely information about train services, delays and disruption. Information will also be made available on the composition of up each train, enabling operators to more accurately communicate on board facilities, and to help passengers plan ahead and board in the most convenient place.

The plan will see the rail industry identify and remove barriers to better information sharing by improving standardisation of how data is collected, stored and published, and improving clarity over which data is commercially sensitive and what data can be used for what purposes. The government and rail industry will also explore what incentives could be introduced to drive further innovation and data sharing, on top of that already planned.

“Technology gave rise to the railway, connecting Britain, and the rail industry wants to channel this spirit to help produce cutting-edge products and services that can be exported around the world,” Plummer says. “Digital technology in rail already means more timely information and less time spent waiting, helping to put customers in charge, and as part of the rail industry’s plan to change and improve we want to use technology to give customers more and more control.”