A British university student has developed and launched an iPhone app designed to help make rail travel more accessible for blind and visually-impaired travellers by alerting them when they are approaching their station. 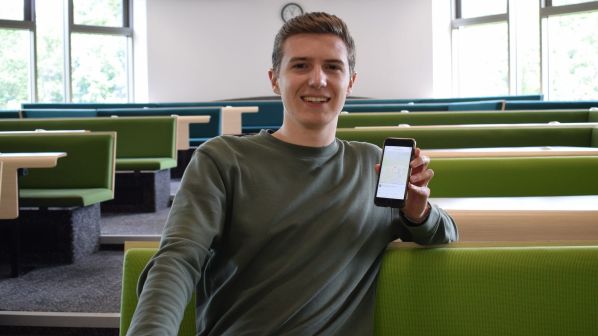 The ‘Stay on Route’ app, which was developed by Mr James Grice who is studying a Management BSc at Kent Business School (KBS), enables users to pre-programme their destination station and set an alert, such as an alarm or a vibration, when the station is a set distance away.

While the app is aimed at improving accessibility, it could also be used by other passengers worried they may miss their stop if reading, resting or otherwise distracted.

Grice first developed the app in 2018 and was a runner-up in KBS’ business start-up journey, receiving £500 investment towards the app.

Since then he has worked with the KBS Aspire team to help bring the app to market, launching it first for iOS.

“Stay on Route has huge potential to make train travel easier and more relaxing for visually impaired travellers, as well as anyone else who may be worried about missing their stop,” Grice says. “It has been great to have had the support of the KBS Aspire team at the University to bring the app to market and hopefully with feedback from users it will continue to develop into a must-have travel app.”

Grice says he is hoping to receive feedback from users of the first version of the app to help develop future improvements, new ideas and general updates to help make it as user friendly as possible.