Nokia and Alstom to deploy LTE telecoms on India’s RRTS

The private network is designed to replace GSM-R as it becomes obsolete. 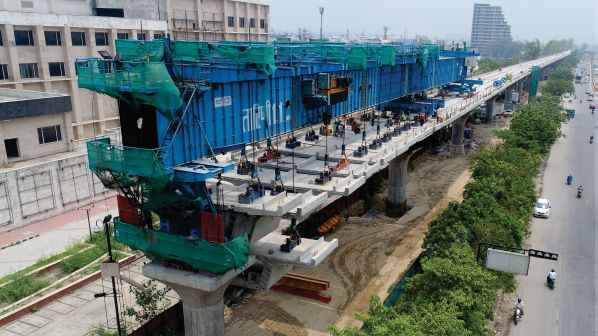 NOKIA and Alstom will work together to deploy a private wireless network to support ETCS Level 2 signalling in India.

NOKIA and Alstom have agreed to work together to deploy a private wireless network to support ETCS Level 2 signalling in India.

The companies claim this will be the world’s first LTE/4.9G private network and will be used on phase 1 of the National Capital Regional Transport Corporation’s (NCRTC) Delhi - Meerut regional Rapid Rail Transit System (RRTS). The 100km/h 82km RRTS is expected to be fully operational in 2025 and will include 25 stations.

In an interview with IRJ published in the magazine’s January 2022 edition, NCRTC managing director Mr Vinay Kumar Singh said that with GSM-R set to become obsolete by the end of the decade, the LTE telecoms system will integrate with Automatic Train Operation (ATO) on the RRTS and platform screen doors.

Alstom won a €106m contract in January 2021 to design, supply, install and commission signalling and train control equipment. The telecoms system is being deployed to support what Singh describes as hybrid ETCS Level 3, which is in effect a combination of ETCS Level 2 and the shorter virtual sections used for Level 3.

The interview with Singh was published in the January 2022 edition of IRJ. Digital subscribers can read it here.

For details on infrastructure projects across the globe, subscribe to IRJ Pro.