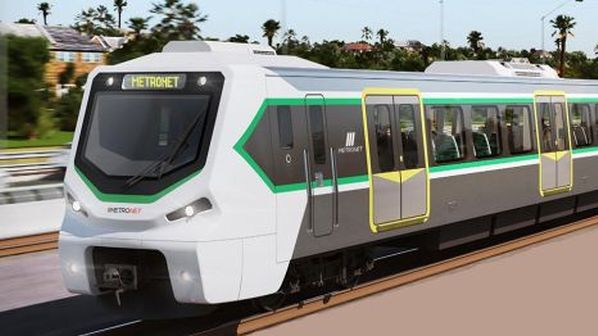 One of the new Alstom C series trains developed for Perth's Metronet network and which will use the Nokia and Networks Australia communications systems.
Photo Credit: Alstom

THE Public Transport Authority of Western Australia (PTA) has awarded Nokia and Networks Australia a $A 327m ($US 230.7m) contract to design, build and maintain a next-generation communications system for Perth’s Metronet network over the next decade.

The decision comes two years after the West Australia government scrapped a $A 206m contract with Huawei. The government will pay Huawei and engineering firm UGL $A 6.6m in compensation.

Western Australia transport minister, Ms Rita Saffioti, revealed details of the new contract in the state parliament. Opposition spokesperson for Metronet, Mr Tjorn Sibma, said the deal with Huawei had been shrouded in secrecy and never announced publicly, with concerns raised over the Chinese company’s capacity to deliver the contract at the time it was signed.

Under the new contract, Nokia will build more than 160 LTE/4.9G radio sites, covering a total of 250km of railway.

The system will be used to support CBTC signalling, providing greater capacity and closer headways than traditional signalling systems. The current narrowband rail radio system will be upgraded, replacing analogue technology with a digital platform for voice, high-speed data and video services.