NS to adopt recommendations of IT failure investigation

IT crash on April 3 meant NS could not locate staff or trains. 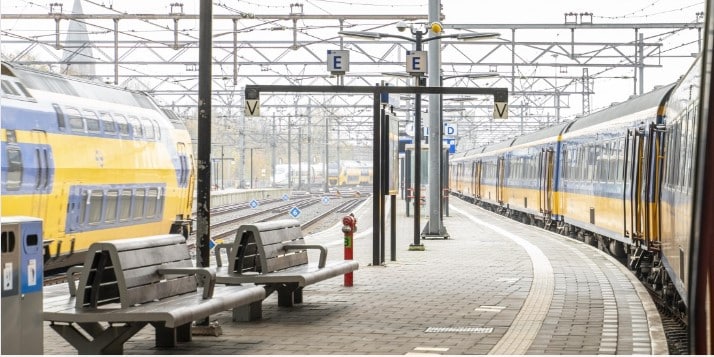 Netherlands Railways says it will be adopting all the recommendations of an investigation into the major IT systems failure which occurred on April 3 this year.
Photo Credit: NS

NETHERLANDS Railways (NS) says it will adopt all the recommendations made by an investigation into a major IT systems failure on April 3 which affected changes to train timetables and passenger information systems, and saw NS lose all ability to track the location of staff and trains.

A catenary failure at Hoofddorp later that day, prompted NS to shut down all train traffic from 12.00, meaning that for the rest of the day there were virtually no trains operating.

In the wake of this incident, NS commissioned an independent investigation by the Institute for Safety and Crisis Management (COT), Railistics and Bell Labs.

Their main conclusions were that NS was insufficiently prepared for an IT failure of such duration and magnitude. When the incident first occurred, NS was too optimistic and assumed for too long that the affected IT systems would quickly be brought back into service, as had been the case with previous systems failures. This meant that crisis management measures at NS were not scaled up quickly enough.

The three investigating organisations also focused on particular aspects of the April 3 incident.

COT examined the course of the IT systems outage and at crisis management at NS. It reached the conclusion that a controlled shutdown of rail traffic was the only option available to NS that day, but it also noted that no plan had been made by the operator to offer a minimum alternative service, such as a shuttle service to rescue stranded passengers.

As no such plan had been made, NS was unable to organise a shuttle service on the day, but COT believes that a plan should have been ready so NS could then have decided whether to deploy it or not. COT did not see bus services as an acceptable alternative to the cancelled trains.

COT also concluded that communication between NS, its staff and passengers had been inadequate, and , it took too long to inform passengers about the compensation scheme available for the disruption on April 3.

In its investigation, Railistics also concluded that having a plan in place for shuttle trains would enable NS to provide an alternative service during periods of major disruption. However, Railistics found that this would require further development in collaboration with infrastructure manager ProRail, and given its complexity could take one to two years to complete.

Bell Labs examined  the IT systems involved in the failure on April 3. It concluded that the malfunction arose in the train planning system, with the result that NS no longer knew where its staff and trains were located. It was also not possible to display accurate information on passenger information systems. The NS IT systems were unable to determine the scale of the failure, so no automatic backup was started.

Bell Labs found that the management of the IT systems is in the hands of external parties which required a lengthy period of time to establish the cause of the disruption and also did not scale up these efforts quickly enough. The report therefore recommends building more indicators of failure into the IT systems, scaling up IT support more quickly in the event of an outage, and expanding possible scenarios for when IT systems could fail.