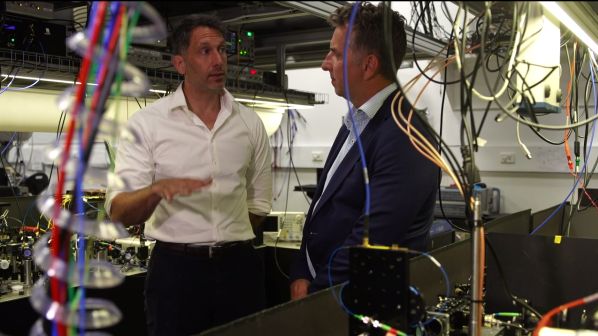 THE state government of New South Wales (NSW) has entered into a partnership with Australian firm Q-CTRL to explore how quantum computing can support the creation and management of a more resilient transport network.

Q-CTRL is focused on building infrastructure software that makes emerging quantum computers perform better in real-life applications. Part of this effort includes developing efficient ways to map real transport problems into the highly constrained algorithms that can be executed on near-term machines.

Q-CTRL has developed new techniques to address the problems of Mobility as a Service (MaaS) and dynamic scheduling for a multimodal network, successfully demonstrating the viability of using quantum computing to solve problems faced by Transport for New South Wales (TfNSW). The company is now in the process of developing custom solutions for TfNSW data scientists so they can begin to use these applications to solve specific problems.

Q-CTRL founder and CEO, professor Michael Biercuk, who is also a professor of quantum physics and quantum technology at the University of Sydney, says this new kind of computational tool can solve issues that supercomputers currently struggle to process.

“The problem we have been working on with NSW at Q-CTRL is focused on dynamic scheduling, making sure that any time something changes in the network, we are able to calculate fast enough how we can change the bus schedules, how we can update the ferry timetables in order to meet the needs of our customers,” he says. “This is the beginning of a long journey to develop this technology to the point where it does deliver that value for the everyday user.”

At its heart quantum computing has the ability to put information into individual atoms or circuits called super conductors. Biercuk says that by doing this it is possible to represent all the different ways the transport network is connected together inside these machines.

“That is something that is really hard even for the biggest supercomputers but will be reasonably easy for quantum computers in the future,” Biercuk says. “What ends up happening is this device applies pulses of microwaves and laser beams in order to manipulate the quantum state of atoms and superconducting circuits in order to solve a problem.

“It is a pretty amazing thing but if you take a step back it is not that much more amazing than a switch with a billion switches in an area the size of your thumbnail that is in your phone right now. This is a new kind of technology that we are putting to work to solve the hard problems we care about.”

Sydney has been a leading centre of quantum computing and quantum research for two decades and NSW transport minister, Mr Andrew Constance, says the state is developing partnerships in both quantum computing and Artificial Intelligence (AI) as part of its Future Transport Technology Roadmap, which was launched on March 30. Constance says the goal is to realise how such technology can be used in the real world.

“We have seen trip planning apps and live traffic, what we are going to see in the future is in an unimaginable way us not having to think about transport is turn up and go,” Constance says. “We can move seamlessly without congestion, without a crowd. That’s what we want to move to.”